Early Image often missed the opportunity to meet it’s promise as a Creator Owned hub.  I mean, they were creator owned, but they also had plenty of creators farming their work out to newer artists.  And most of Image’s output was a large shared universe. 1994 saw a somewhat unique release.  Rising star Jae Lee brought a unique vision to Image.

Hellshock follows four individuals.  Daniel is the titular Hellshock.  He is a young man confused and lost, not understanding his own nature.  That nature is that his human mother, Isabelle, was impregnated by the archangel Jonakand 20 years prior.  Daniel finds himself drawn to human suffering and this leads to trouble when he comes upon a dead priest and is assumed to be the killer.  Meanwhile, Jonakand has spent 20 years in hell, thinking of nothing other than returning to Isabelle.  At the same time a young abused boy named Josh has run away and met a strange friend…he looks like Josh and promises to help him. 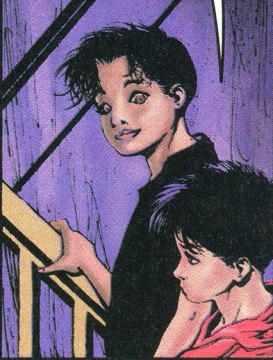 Finally, there is Detective Haight.  He is certain he shot and killed Daniel… 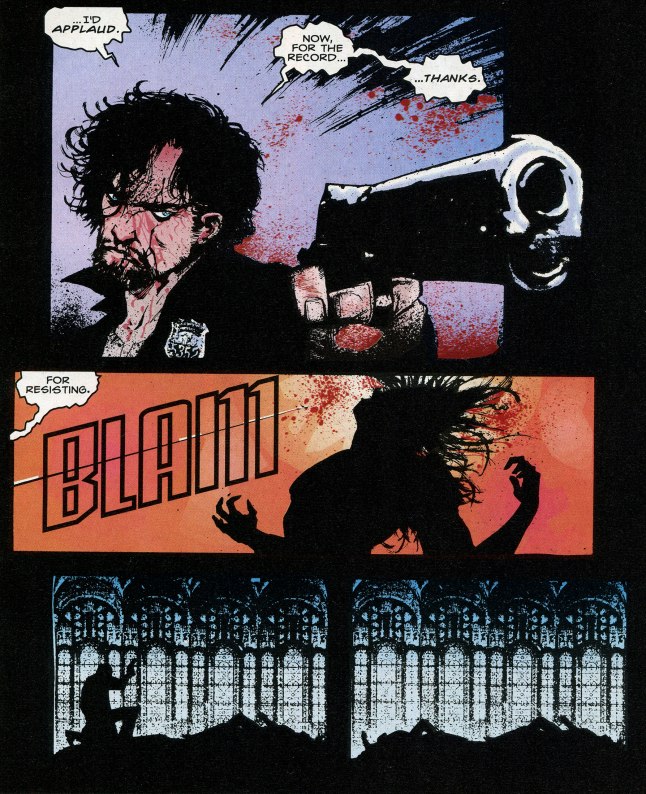 Except there is no body.  Daniel is shot between the eyes, in which he survives.  He is greeted by an angel who explains his nature and opens his eyes.  This leads to an ultimate showdown with his father to save his mother, while Haight tries to unravel the mystery of Daniel.

Issue number one is actually a very short read.  It is really about half an issue.  Lee includes his initial Hellshock story that got abandoned, which has some similar ideas…but looks to be quite a bit different in many ways.  This is all presented in black and white. 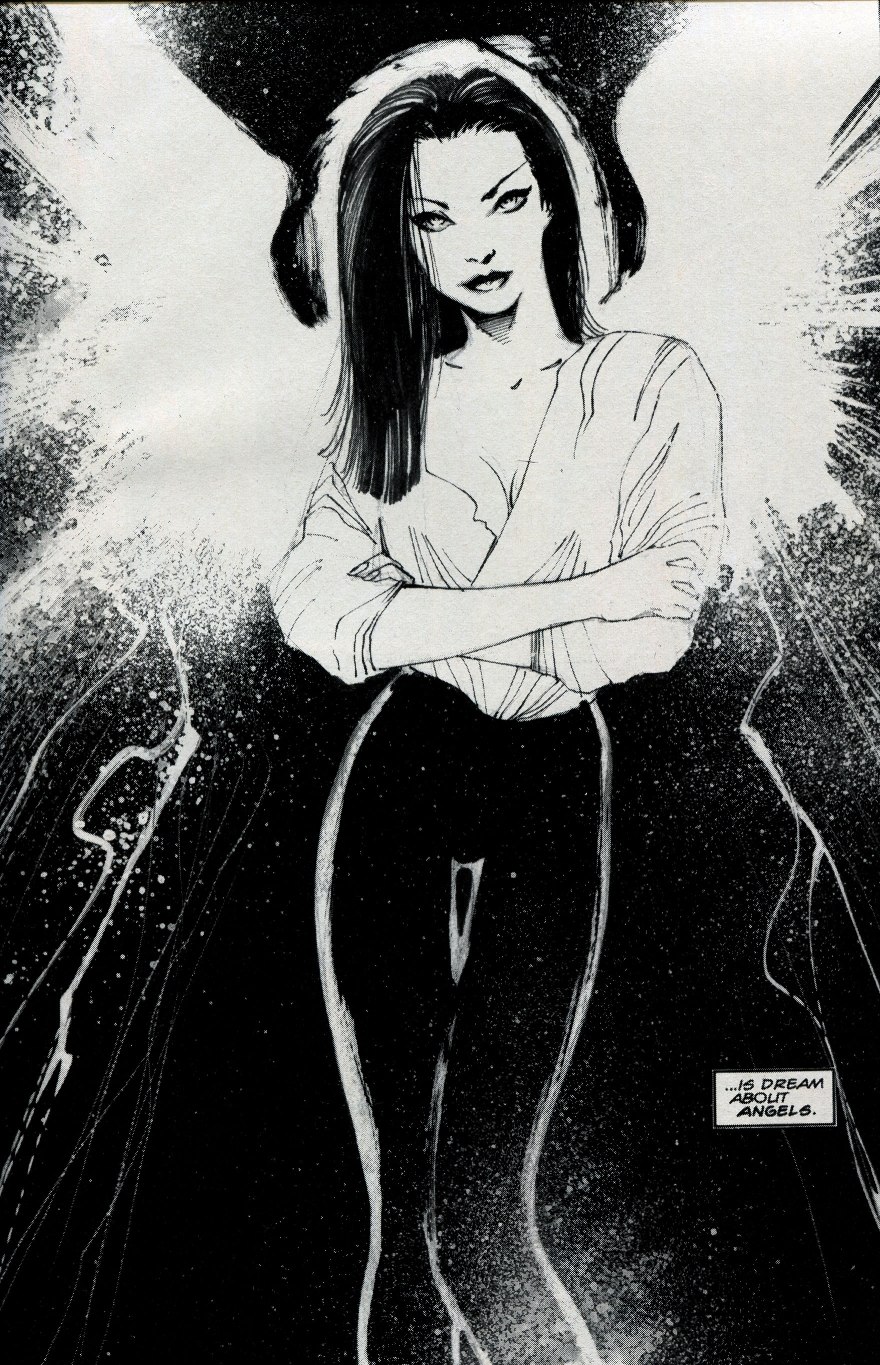 The issues are surprisingly dialog heavy, yet, certain story lines feel as if they are not fully fleshed out, even at the time of publication.  Lee and co-writer (and colorist) Jose Villarrubia have Daniel and his origin worked out…but Detective Haight’s investigation never seems to get resolved, even forgotten by the final issue.

And Josh’s story never crosses paths with Daniel’s.  It feels like they should, and it may be the plan that they eventually would.  This mini-series was a set up for an ongoing series, and possibly this is why the investigation by Haight seems to just never go anywhere at all.  Issues three and four are dominated by a fight between Daniel and his father for the life of his mother.

The art in the series is very good.  Jae Lee’s art reminds me most of the very talented Bill Sienkiewicz.  It is wild and the lines are out of control.  The inks bleed across the panels.

The coloring by Villarrubia is effective and serves the story well.  There was a tendency to over render in the early days of digital art.   Villarrubia clearly understands making his colors a part of Lee’s work, never fighting against it.

I confess, I do not care for the Sandman-esque covers.  It feels like an attempt at Dave McKean style art…

but it doesn’t feel right to not focus on Lee’s art, especially when issue four has this nice cover:

Hellshock is not perfect, but it is an interesting concept from a time where Image was not really producing anything much like it outside of the Maxx.