James O’Keefe is trying very, very hard to be a thing.  He keeps failing…but he is no quitter.  He just released this “bombshell” video.   He has always been pretty terrible about his calls on media hypocrisy.

For example, the video opens with attempting to equate Trump’s Access Hollywood comments with some HRC staffer named Wylie Mao.  About 7 seconds in we get the following:

“They are not gonna fire me.  I would have to grab Emma’s ass twice…” *cut*

“I think the bar of ethical conduct on this campaign is pretty, pretty low.”

At 25 seconds in, James turns around “powerfully in a chair” and talks about how he expects the media to give wall to wall coverage of Wylie and his offensive words, just as they did with Trump and the Access Hollywood recording.  So, let us look at this.

Please note, the video gives us absolutely no context.  We have no idea what exactly he is claiming to have done.  I suspect if it was recorded, O’Keefe realizes this is something nobody would find all that troubling.  Because he totally would have included that.

“They are not gonna fire me.  I would have to grab Emma’s ass twice…”

Note that they try really hard to tie this to Trump’s “Grab them by the Pussy”.  They try really, really hard.  Except, the context is very different here.  Wylie is not claiming this is behavior he actually indulges in.  He is not trash talking to make himself look like a ladies man.  He is saying that he would have to do something really extreme.  Like, you know, grab Emma’s ass twice.  This action is a fire-able offense.  He is not pretending that it is cool to grab Emma’s ass.  Trump, on the other hand presents the actions he speaks of as typical and acceptable behavior.

“I think the bar of ethical conduct on this campaign is pretty, pretty low.”

Again?  No context…but this is a statement that does not indict the HRC campaign.  It indicts the Presidential Campaign in general.  And it does so very well.  Trump has set the bar very, very low.

Mao tweeted that the Oval Office is not a locker room.  O’Keefe brings this up as if there is some hypocrisy at play.  Except, there is not.  Nothing in the footage provided comes close to being raunchy locker room talk.  Wylie is not proclaiming how he loves to grab Emma’s ass and does it all the time.  He cites it as something that could get him in trouble.  And in editing, they cut Mao’s words down to “Grab Emma’s ass, like twice” and follow it up with “They are not going to fire me.”  These are two different thoughts, tied together through editing.

He also quotes Trump and then presents Wylie again…except he says “Hillary”.  Wylie and Hillary are actually different people, but if O’Keefe has proven anything over the last eight or nine years?  It is that he is not a bright bulb.

O’Keefe asked if Hillary’s campaign is more of a locker room than Trump’s.  His evidence?

“She says she wants to go to Hillary’s thing at Coral Springs.”

Mark Hodges says “Tell her to fuck off and Volunteer for US Weekend because it is a weekend of action and you cannot win votes at a fucking rally.”

None of this even implies sexual misconduct (consenting or otherwise).  Clearly O’Keefe does not actually understand the problem people had with Trump’s words.  It was not that he used the word pussy.  It was that Trump boasted about sexual assault, you dumb mother-fucking douche-bag.

When O’Keefe’s guy misquotes Wylie to himself (and he definitely misquotes Mao, Mao said the conduct of the presidential campaign had a low bar…he did not say the sexual conduct), Wylie very wisely walks away.  It is not damning at all that he scowls at the guy and walks away.  As if O’Keefe was going to give him a fair opportunity to respond.

Then they nail Mark Hodges on avoiding a Trump guy doing voter registration.  Pleae note, neither campaign is obligated to register anybody on the street. Moving to the other side of a parking lot to avoid a person is pretty much the definition on non-controversial.  Frankly, so is the Hillary campaign not giving the mailing option to Republicans.  They state clearly that they sign up both, but they will give people who register as Democrats the mail in form.  This is not really dirty tricks here.

Wylie mentions that if he ripped up 20 Voter Registration forms, he would be reprimanded.  A couple folks have been fired already, by the way.  Anyways, the only person behaving controversially?  About four minutes into the video?  Trevor LaFauci is told by an “undercover reporter” he ripped up two or three Voter Registration cards.  And Trevor neither reports the act nor kicks the guy to the curb.  But the confrontation is pretty bad.  They ask Trevor if he spoke to a PV Reporter named Max.  Um, there is little reason why he would be aware of this.  But they phrase it like he was interviewed, rather than tricked.  In his defense, at no time does he encourage people to rip up registration forms, and it is dishonest to pretend he did.  His “Well, you seem to feel bad about it” is weak…but nothing in this video actually shows the Hillary campaign encouraging a locker room environment or destroying Voter Registrations cards.

In spite of the insistence of the video, there is no investigation here.  One important thing to note?  Hillary does not appear in any of these videos.  Because  she was not there.  Trump is present for his fowl ups, Hillary is not around for these staffer’s conversations.  The staffers use fowl language, but do not boast about how they assault women.  Comparing staffers to the guy running for president is ridiculous. 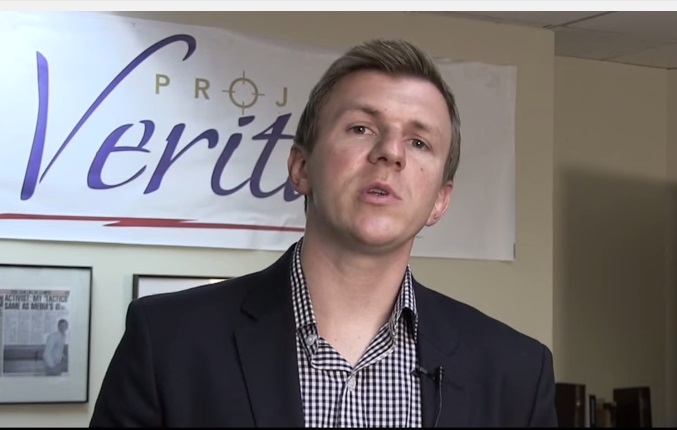 Conservatives complain and whine incessantly about “Gotcha Journalism”…but O’Keefe releases a tape and they pass it around like candy.  And all O’Keefe has is gotcha journalism.  He is not doing a serious expose, he is trying to distract us from the reality in front of us.  He did not cross the country interviewing and investigating voter fraud.  He did not present an endless parade of staffers proclaiming they rip up VR cards and that they think this is good.  They did not show Clinton staffers being particularly raunchy.  three guys are not evidence of an endemic issue.  Especially when they do not really back up the thesis being presented.  No, he made a six minute video with about that many people…only one of which seems to be problematic.  His people lie and deceive, pretending to be “undercover investigators”.  They carefully edit out all context.  They stitch phrases together to say something not being said.  This is not an investigation.  This is what you get if you think news is best viewed through the lenses of Ashton Kutcher and Punk’d.  It is not serious investigation, it is a joke, dying to be taken seriously.

This video should not be treated a serious news because it and O’Keefe are empty shells, devoid of truth or fact.  It exposed nothing.  Which is kind of the important part of the whole “Expose” thing.