BB Guns Are Not Dangerous, But How Can We Tell?

In the cases of Tamir Rice and John Crawford, there were justifications by those who see themselves as “supporters of the police” that both were shot…well, fairly.  See, they were both handling BB guns.  And the argument goes that there was no time to determine these were BB guns and … Continue Reading BB Guns Are Not Dangerous, But How Can We Tell?

Not the NYC PD, apparently. For all the public whining about how nobody respects them, some police departments seem to be going out of their way to be as big a set of imbeciles as they can. First, when DeBlasio showed up at the hospital when two officers were murdered … Continue Reading Who Wants Goodwill?

40 Is Not a Winning Number

Wow. The witness that best supported Darren Wilson’s testimony was less reliable than the conservative white people who often quoted her as being. In the weeks after Brown’s shooting–but before she contacted police–McElroy used her Facebook account to comment on the case. On August 15, she “liked’ a Facebook comment … Continue Reading 40 Is Not a Winning Number

The Error of Defeat

So…Sony gave in and canceled the Interview in it’s entirety.  The so stupidly named Guardians of Peace and North Korea beat the studio. People who believe in the freedom of speech, the right to protest and freedom of expression should be chilled.  And yet, I am seeing some folks opting … Continue Reading The Error of Defeat

If Sony Were a Pretty Girl…

When people hacked the private accounts of young actresses in Hollywood and distributed naked photos not meant for public consumption, people were outraged.  There were angry writings about the criminality and mistreatment of these women.  And rightly so.  What was done then was a criminal and wrong act. Yet, when … Continue Reading If Sony Were a Pretty Girl…

So, apparently SyFy is moving forward with a pitch for a show about Superman’s home planet of Krypton.  It appears that they are working with Goyer and the focus will be the House of El. But truth be told, I cannot see that as all that interesting.  What makes Superman … Continue Reading Krypton and On…

Where Is the Hypocrisy?

I confess, I am really tired of the online Conservative meme of telling a tragic story about a cop being killed and asking “Where are the protests” acting as if there is some grand hypocrisy on display. For example, the current version of this meme is this one. It is … Continue Reading Where Is the Hypocrisy?

The Disconnect Is Amazing

Seriously…how is it that the same people I know who are most distrustful of Government are the same people who seem certain that every death at the hand of a cop is justified? What do these folks think cops are?  They are an extension of our government.  And somehow, people … Continue Reading The Disconnect Is Amazing

Think about this. Choke holds are banned in New York. An officer used a choke hold on Eric Garner. Garner was gasping out that he could not breathe.  The cop did not stop. Garner died. The coroner determined this was a homicide. This was caught on video. A grand jury … Continue Reading Cutting Off Air

Yes.  Video footage of a large man standing in front of a small female cop, less than two feet away suddenly grabbing her, throwing her to the ground and pummeling her, getting up and walking back to his car (all while his daughter stands by and watches) is horrifying. The … Continue Reading Apple Fight vs Orange Fight

Anger Within the Royals

So, I started watching the Voice a couple years ago.  I was really pleased this season, until America kept saving Ryan Sill over much better performers.  Seriously, America…Anita Antoinette and Reagan James were both far more deserving to go on.  And Sill did not make me eat my words last … Continue Reading Anger Within the Royals 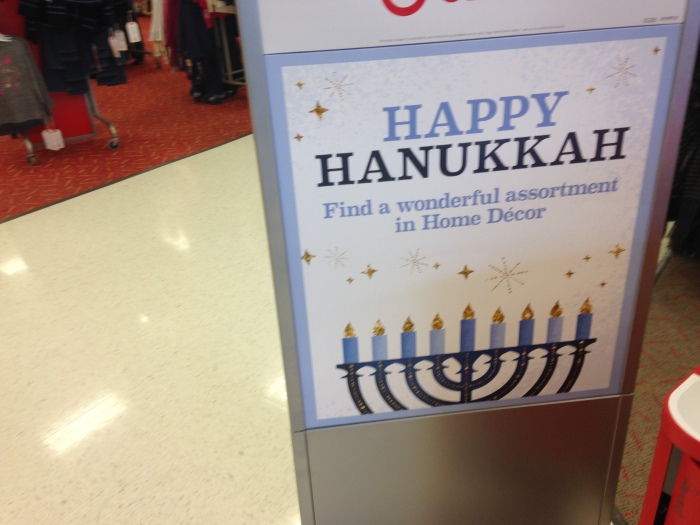 Holidays on the Offense