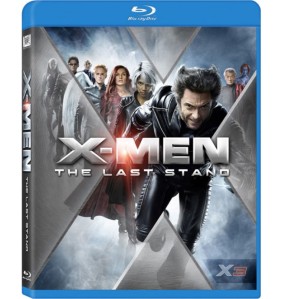 X-2 was how you build upon a decent movie to make a great second film creating excitement for your franchise.  Annnnnnd this one is how you screw it up.

It all starts with Warner Brothers deciding that their superhero films were missing a vital link to making their movies awesome.  Getting the guys who made those good X-Men movies.  And Bryan Singer answered their call-swayed by his love for the first two Superman movies and he took his major players with him.

Fox and Marvel started to work on a replacement.  Darren Aronofsky, Alex Proya, Joss Whedon,Rob Bowman and Zack Snyder were all considered before setting up a deal with Matthew Vaughn (Stardust).  After a brief time, Vaughn fel he could not be away from his family for the length of time making the film would require, so he dropped out.

Which leads us to Brett Ratner.  Funny enough, before Singer, Ratner was considered for the original X-Men film.  Since then he had a string of moderate successes in the Rush Hour films and Red Dragon.  I am not going to lie…I cringed at the announcement.

So, the film starts out in the past, with Charles Xavier and Eric Lehnsherr (Magneto) going to meet with young Jean Grey and her parents.  Both Xavier and Lehnsherr are taken aback by the latent power house within the child Jean Grey.  I am more amazed at the some what humorous digital de-aging of Stewart and McKellen which makes them look kind like…they are made of plastic.

The scene then switches to a young boy in a bathroom.  His father is pounding on the door for him to open up… honestly, this is one of the most solid scenes in the film as the young boy is attempting to keep a secret from his father.  But his father manages to break in and we see the reveal that he was using a razor blade in an attempt to hack off  bird-like wings.  There is a real sense of heartbreak, and the actor playing young Warren Worthington is terrific.

We jump to the “near future” with what looks to be a city in ruins with young X-Men under attack.  In the end, it is revealed to be a Danger Room training exercise. This is a first, as the Danger Room has not been seen until this film.  We also see a Sentinel head in the simulation .

The film draws from Joss Whedon’s “mutant cure” storyline in Astonishing X-Men and the Phoenix Saga…minus pretty much everything from the Phoenix Saga.  Cyclops is really broken up, he has stubble, so you know it is bad.  So, he drives off to Alkali Lake (where Jean sacrificed herself in the second film.  There he finds Jean, while locking lips, Jean atomizes him-sending him to the DC Universe to be Lois Lane’s boyfriend.  This causes a great disturbance in the force.  Storm and Wolverine fly out to find what happened.  There they find Jean.  Professor X explains that she must have used telekinetic energy to cocoon herself.  He then tells Logan how he put a whole bunch of blocks in her mind so Jean could not tap her full potential.  In the comics, this is known as “Professor X is a dick.”

The Beast (Hank McCoy) is a government liaison for mutants.  He meets with the doctor who creates the cure-who is funded by Warren Worthington’s father-and she introduces Hank to the source…a young boy nicknamed Leech (also called Jimmy) who radiates a field the suppresses mutant genes.  They keep the boy on Alcatraz Island.  Hank is horrified that the Cure is also being weaponized.

Mutants everywhere are lining up to either get the Cure or to protest it.  Magneto is rebuilding his army, visiting a church full of scared mutants trying to determine what to do about the cure.  Magneto give a rousing speech about genocide and is joined by some new mutants (see what I did there?).  He then set out to free Mystique, Multiple Man and the Juggernaut (unlike the comics, he is not Xavier’s brother).  A guard tries to shoot Magneto with the Cure, but Mystique takes the bullet for him.   However, upon turning human, Magneto has no interest in keeping Mystique around as she is…no longer one of them.

Wolverine watches over Jean, who wakes up and starts makes out with Wolverine.  He starts to figure out this is a little unlike Jean.  Jean plants doubts about Xavier in Logan’s head, suggesting  Xavier has suppressed…tamed Logan.  Suddenly, she begs for Wolverine to kill her before she hurts someone.  Then she goes dark again and leaves.  Jean is so powerful, one of Magneto’s minions.  Both the Professor and Magneto show up Jean’s family home.  Both try and convince Jean to trust them.  Wolverine and Storm get into a battle with Callisto, Juggernaut and a few other mutants.  It ends badly for Professor X.  Jean leaves with Magneto

Meanwhile, Rogue is being plagued with doubts about Bobby (Iceman) who seems to be getting cozy with Kitty Pryde.  Especially doing the damage is when she sees Bobby create a skating rink for Kitty and they skate together.  Rogue seeks to leave to get the cure.  Magneto issues a threat of terror until the cure is gone, causing the president to declare war.  Angel has refused to take the cure and finds the X-men who decide it is up to them to stop Magneto and his Army.  Magneto steals part of the Golden Gate bridge to take his army to Alcatraz Island during the fastest sunset ever.

Magneto is surprised to find the military is using all plastic weapons, putting him on the defensive as the Cure rains down.  Using the mutant Arclight, they manage to destroy the weapons.  The X-Men arrive for fights and super powered gags (Wolverine fighting a guy who keeps growing his limbs back…so he kicks the guy in the balls and says “Grow those back!”).  Pyro and Iceman finally go Mano a Mano.  It is pretty cool seeing Iceman get iced up.  The heroes use the cure on Magneto.  Then the military goes and gets stupid.  They start firing on Jean who starts obliterating people left and right…with Magneto realizing he has unleashed a destroyer of worlds.  Wolverine risks himself, hoping his healing factor will keep him alive long enough to stop Jean.  He breaks through to her, and when her guard is down?  Stabs her.  But he feels really bad about it.

Storm and Wolverine keep open Xavier’s school for Gifted Children, and now Jimmy has a place to get his learn on.  Hank is announced as the ambassador to the U.N.  Rogue shows up  and has gotten the cure.  And Magneto? Well, he is in the park-and makes a metal chess piece move.

The strongest point of the film is the cast.  Along with the cast of regulars, we get Ben Foster as Angel, Kelsey Grammer as the Beast (inspired casting if there ever was) and Ellen Page as Kitty Pryde.  While Foster is not as pretty as I pictured Angel to be, he is a solid performer.

Ian McKellan is terrific as usual.  He is able to seem dangerous and cruel, yet can seem generous and wise at the turn of a hat.  At one point, Pyro makes mention that he would have killed Xavier for him…and Magneto stops and looks sternly at Pyro and defends the greatness of Xavier.  McKellan has always done a wonderful job of selling the idea that Magneto truly loved and cared for his friend-in spite of being on opposite sides of the issue.  His delivery of the Magneto speeches are poetic.

The problem is…the film is a mish mash of ideas.  It has great moments, but it is filled with lazy writing.  Killing Jean, rather than letting her sacrifice herself is problematic.  Wolverine crying and Jean thanking him does not fix it.  Again, this about how she dies.  The character could not just “get better”, she had killed to many people to come back from that.  And she is so powerful, that letting her go forward would be hard to defend and there is no way to “imprison” her.  The original story was grandly cosmic, and I realize that it was unlikely that we would see that version on film.  Brett Ratner is clearly trying to go big, but it tends to fall short.  Characters get short changed and used without much thought of their potential.  It is by the books, taking interesting ideas from the comics and executing them badly.  Professor X is basically reduced to Professor Exposition, leaving Stewart to fend for himself in a massively reduced role.  I realize some of this may have been related to actors schedules and the like, but there is little effort to deal with the absences in a way other than to hope you forget they are not there.  And what is the point of de-powering Magneto if you are going to end on him getting his power back right before the credits roll?

Rogue should be the real heart of this story.  Her struggle is easy to connect to.  She wants contact, but her powers prevent that.  Yet, the character disappears for large swaths of the film.  She misses the final battle, and frankly?  It was the easy solution to have her take the cure.  Rather than take the work of convincing her that her powers are not a curse.

The film has some good effects, and often the actors overcome stiff or lazy dialog…but in the end, after the powerful and exciting X2, this movie just trips over itself.

This is the Alien: Resurrection of the franchise.  And yet, it was better than Superman Returns.  Go figure.